Don't get the title wrong! I definitely love LINQ. Most of the people know me as the one who maximizes LINQ utilization in the projects. I'm using it from its early days in .Net 2.0 via LinqBridge!

However, if there is a razor in your hand, either you can do unbelievable surgeries or you can hurt your hand if you don't use it properly.

A problem of using LINQ is that it makes you feel smart and do stupid!

Here are some of my experiences in software development teams using LINQ.

I think differed execution concept is one the most amazing features in LINQ. Although it is powerful, but it can be used wrong if you don't know how to utilize it. Consider following code:

Unfortunately, the output for this code contains the "Old post". But why? We changed posts[0].CreationYear after creating selectedPosts variable! The reason is that execution of .Where is postponed or differed until the result is needed. In this example the value of selectedPosts is required in the foreach loop, so the execution happens there.

In fact, the naming of the variable selectedPosts is misleading. Because it does not contain the selected posts, it just contains a query that will return selected posts whenever it is executed. So the proper naming would be query .

It is a good practice to separate the concept of query and list while using LINQ. Let's rewrite the code using this naming convention:

Using the new naming,  the code looks more convenient. It says there is a query, then data changes, and at the end query executes and the result is stored in selectedPosts .

LINQ architecture is based on providers. It is designed in a way that you can create providers to work with different data stores. Consider this query:

The point is that .Where behaves differently depends on the type of  posts variable. There are lots of providers like:

In this example I use "LINQ to Objects" and "LINQ to Entities" to demonstrate the mistakes.

If  posts is List<Post> the behavior of executing  query.ToList() will be something like this:

If  posts is DbSet<Post> using the Entity Framework, the behavior of executing  query.ToList() will be something like this:

You see, it has a totally different behavior, it is executing a SQL query to evaluate query.

Mixing LINQ to Objects and LINQ to Entities

Now, it is the time to show how confusion happens. Consider the following code:

What happens in this sample?

As you see in the example because there is a ToList invocation in list2.Where(...).ToList() the next where clauses is not added to SQL query. This is very bad! I'm loading lots of posts (maybe millions of them) into the memory, and then picking a few of them (posts of Mehran) using a loop. I'm not using power of database to apply filtering on the data. But if I remove the  ToList this filtering will be done by database efficiently:

This query returns posts of "Mehran" which would be in tens, instead of millions! And it is very important in performance.

While using LINQ you can do lots of complex jobs with one query. You can read from an XML file, apply a formula on each line and select some lines with specified conditions with just one query. This is not good!

A problem of using LINQ is that it makes you feel smart and do stupid!

Do not write complex LINQ queries. LINQ is invented to bring clarity to your code, not the complexity! Whenever you feel cool it's time to refactor your LINQ query! 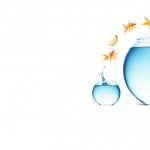 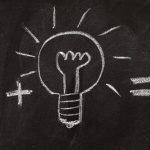 Steady and Consistent Flow of Features