Have you ever thought why the name of this blog is "Dot Philosophy"? Here I describe what's the idea behind.

The dot is the most minimal symbol, yet with lots of meanings.

"Dot" is the most minimal symbol exists ever!

For the writers it is the symbol of being done. They put dot when they are done with their sentence.

For the developers it is the symbol of exploration. They put dot when want to take advantage of relation between objects, when they want to explore for something.

For the graphic people, it is a matter of art. The basic structure of their art is to draw points at the right places.

For the musicians, putting dots creates notes and composes their melody. So their goal is to put right dots at right positions.

This blog talks about main concepts (dots) that escalate their contexts. This is why it's called 'Dot Philosophy'.

Back in the time, dot is also a symbol for some great meanings. Here's some of them from Wikipedia:

In some cultures like Persian folklore, a nazar is a circled-dot-shaped amulet believed to protect against the evil eye.

This is an ancient solar symbol featuring a circle with its center marked with a dot (Unicode U+2609 ☉ preferably or U+2299 ⊙). It is the astronomical and astrological symbol for the Sun, and the ancient Egyptian sign for "sun" or "Ra" in the hieroglyphicwriting system (U+131F3, ?). The character for "sun" or "day" in early Chinese script was similar, but it has become square in modern script: 日 (ri).

After all, I hope you convinced why I'm using dot! 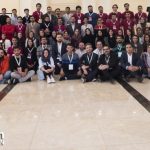